When Ghana’s first LGBT community centre and safe space opened in January, Linda had no expectation it would last.

“They won’t allow LGBT to operate in Ghana, to have their own office. They won’t,” says Linda, a transgender woman whose name we have changed because she fears for her safety.

When she says “they”, she’s talking about Ghanaian society in general.

And following anti-LGBT protests against the community space, the LGBT+ Rights Ghana centre was closed by police in the capital Accra on 25 February.

The group says it was a place to “plan, socialise and advocate for our freedoms and liberties”. With it gone, Linda says there is “nowhere else” and queer Ghanaians are “not safe”.

“Everybody is running for shelter, finding places to hide, because people are being attacked, abused on the street.”media captionMembers of Ghana’s LGBT community speak out about the discrimination they face.

Linda, an activist for the community, has been moving around friends’ houses since anti-LGBT people turned up outside her home.

“They were shouting ‘Come out, come out, I’m looking for you’.

“So I came out and I asked them: ‘You tell me, you claim you are righteous – come and touch me. And I’m putting it to you that nobody can touch me’… and they left.”

While this unfortunate incident has happened, we wish to encourage all our members, and queer Ghanaians to stay calm. Do not panic.
We will triumph.
The police may have raided our office, and closed it down but the real office, is in our hearts, and minds.#LETITBEKNOWN pic.twitter.com/dyYktKsa7x— LGBT+ Rights Ghana (@LGBTRightsGhana) February 24, 2021

The Ghanaian government did not respond to requests for comment on the treatment of its LGBT community or the protection they receive.

Concerns about the rights of LGBT people in Ghana are not new. Human Rights Watch said in 2018 that queer Ghanaians “suffer widespread discrimination and abuse both in public and in family settings”.

Its report adds that institutions including some government agencies, and the Ghana Police Force, have taken steps to protect the community.

Linda says that since transitioning, life has become much harder. She can’t go to places she used to go, she can’t get on public transport, she can’t get a job.

“I have so much in me I want to put out there, there’s so much I wish I could do. It’s just that I’m not getting the support to do that.”

Right now she is more concerned for her safety. “At the end of the day, I am not the only person who has sacrificed their life.”

The homophobia and discrimination faced by the LGBT community in Ghana is “promoted” by three institutions, according to Dr Anima Adjepong, a US-based Ghanaian sociologist researching gender, sexuality and identity in West Africa.

“The government, the church or other religious institutions, and the media.

“They’ve worked really hard to miseducate the general population about what queer sexualities mean and what the implications of them are.”

There is no law in Ghana that says being LGBT is illegal. But same-sex relationships are criminalised by a criminal code which Dr Adjepong calls “completely vague” – introduced by the British when they ruled Ghana – that mentions “unnatural carnal knowledge”.

The code – which is rarely enforced – is interpreted by authorities as “penile penetration of anything other than a vagina”.

But after LGBT+ Rights Ghana opened its office, Information Minister Kojo Oppong Nkrumah called for laws that say “you cannot advocate for and promote LGBT activities in this country”.

Sarah Adwoa Safo, Minister for Gender and Children, said: “The criminality of LGBT is non-negotiable and our cultural practices also frown on it.” 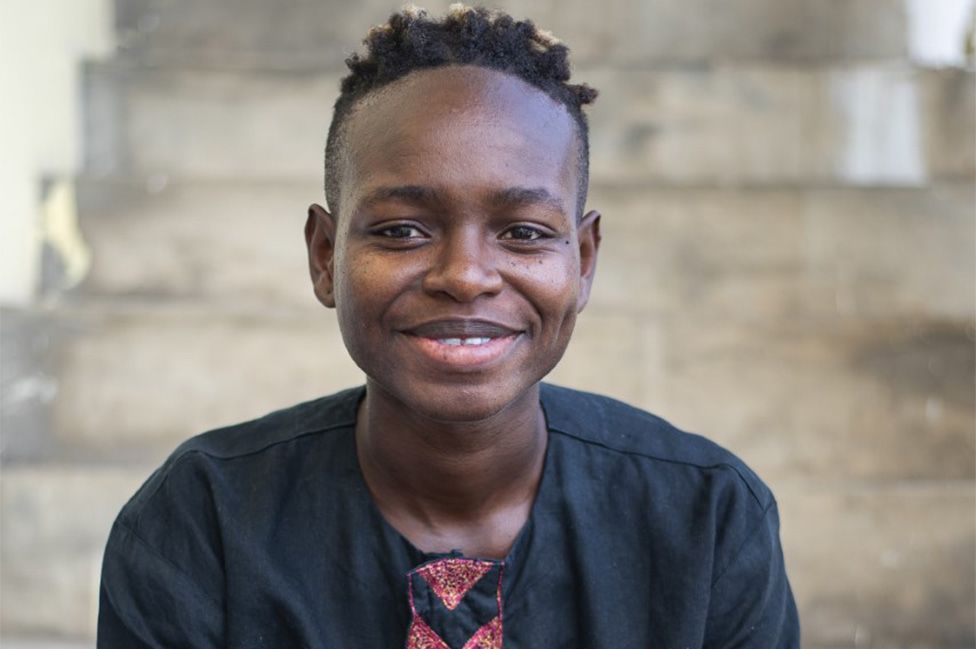 Ghanaian President Nana Akufo-Addo stated recently that same-sex marriage will “never” be legalised while he is president – but Dr Adjepong says this is “disingenuous”.

“No-one is asking for that. Right now queer people in Ghana are being attacked. They’re asking for the freedom to live safely and without fear of this kind of violence.”

The church, where the president made his statement, was significant though, Dr Adjepong suggests.

“In Ghana religious institutions have a lot of power.

Another week and the spirit of homophobia still lurks. This is how Ghana is doing this week in the papers.#TogetherWeBuild #QueerGhanaianLivesMatter #WeWillGetThroughThis pic.twitter.com/q3fSIBGDlW— LGBT+ Rights Ghana (@LGBTRightsGhana) March 1, 2021

The Christian Council of Ghana did not respond to requests for comment. But in a recent press release about the closure of LGBT+ Rights Ghana’s office, it said: “The Ghanaian people should not put the law into their own hands by… attacking persons known to be in homosexual unions.”

In the same press release, homosexuality is called an “affront to human dignity” and “not a human right”.

Dr Adjepong, who was raised a Christian, says homophobia in Ghanaian churches in the past “wasn’t as bad as it is now. The church has really taken to fever pitch”.

Aron, who was raised in England but speaks to us from Ghana, where he spends about a month of each year, says the difficulties LGBT people experience in the UK “are amplified to a different level within Ghana”.

“It’s a lot more difficult to express yourself because you don’t know what would happen if you were your true self, your 100% authentic self. It’s dangerous, it’s an act of defiance to do so out here.”

Aron’s friend Aba, who is also in Ghana but was born and raised in Britain, says LGBT safe spaces in the UK – like the one closed down in Accra – helped her find “great community and great people with shared interests and shared identity”.

We have signed a letter calling on His Excellency, The President of the Republic of Ghana, Nana Akufo-Addo, to reach out to LGBTQ leaders “to create a pathway for allyship, protection and support.”

Despite the increase in homophobia they say they’ve seen from the church, Dr Adjepong thinks “change is inevitable”.

“We are trying to create a different future in Ghana, and I believe we will be successful.

“For so many years there have been organisations in Ghana who have been doing this work. And so all of that work has made it possible for folks to be willing to step forward, to show themselves.”