Piers Morgan has once again hit out at Meghan Markle after it has been revealed by the former official that the Duchess of Sussex was “clearly misinformed” with the claim she made about an earlier wedding with Prince Harry.

The duchess said in the couple’s controversial interview with Oprah Winfrey earlier this month that she and Harry had a secret ceremony with the Archbishop of Canterbury in their “backyard” three days before their royal wedding.

It was thought at the time it could not have been a legal ceremony as it lacked witnesses and a registered venue, and was instead likely to have been an informal exchange of vows. 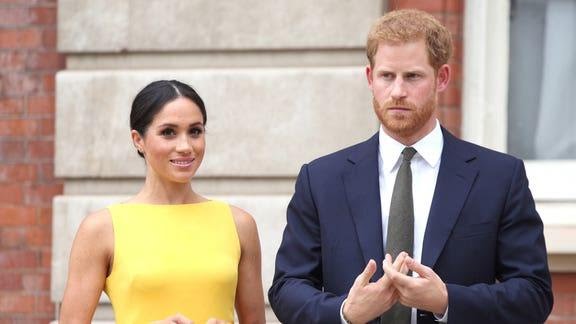 Stephen Borton, the former chief clerk at the Faculty Office, told The Sun that Meghan “is obviously confused and clearly misinformed”.

“They did not marry three days earlier in front of the Archbishop of Canterbury,” he said.

“The Special Licence I helped draw up enabled them to marry at St George’s Chapel in Windsor and what happened there on 19 May 2018 and was seen by millions around the world was the official wedding as recognised by the Church of England and the law.

“What I suspect they did was exchange some simple vows they had perhaps written themselves, and which is fashionable, and said that in front of the Archbishop or, and more likely, it was a simple rehearsal.”

The newspaper also printed a certified copy of an entry marriage document for the couple which was dated May 19, 2018, and bore the names of Charles and Meghan’s mother Doria Ragland as witnesses.

Now, Piers Morgan who quit his role of Good Morning Britain host amid a wave of controversy following the controversial interview has aimed a fresh dig at Meghan Markle.

Reacting to news that Meghan’s claims of an earlier wedding were in fact false, Piers Tweeted: “Do we still have to believe her?”

It comes after OFCOM launched an investigation into comments made by the former GMB host following Prince Harry and Meghan Markle’s Oprah interview.

The controversial presenter made dismissive comments about Meghan’s claims to have had issues with her mental health during the show.

His remarks attracted the most complaints to the TV regulator in its history.

The episodes of ITV’s Good Morning Britain on March 8 and 9 sparked 57,121 complaints to Ofcom.

A statement from the regulator said: “We can confirm that this issue has attracted the highest number of complaints since our reporting began.”

Morgan responded on Twitter, writing: “Only 57,000? I’ve had more people than that come up & congratulate me in the street for what I said. The vast majority of Britons are right behind me.”

It later emerged that Meghan also made a formal complaint to Ofcom about the TV host after he dismissed her account of suffering suicidal thoughts and experiencing racism at the hands of the royal family.