Germany lost a World Cup qualifying game for the first time in 20 years on Wednesday as the 2014 champions were beaten 2-1 by North Macedonia.

Germany levelled after Goran Pandev’s opening goal in first-half stoppage time but had no answer to Eljif Elmas’ 85th-minute winner for North Macedonia, who moved above Germany into second place in Group J. 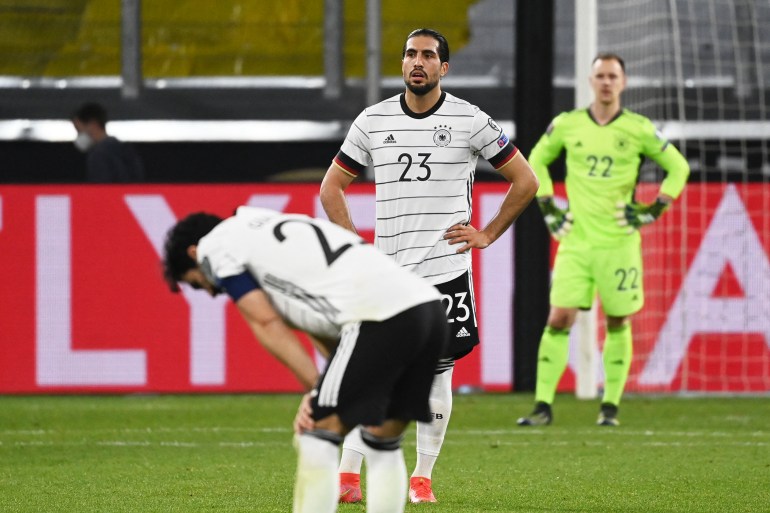 North Macedonia could have had a penalty for apparent handball by Emre Can at a corner, but it wasn’t spotted by the referee. There is no video review system for qualifiers.

Soon after, Timo Werner missed Germany’s best chance to go ahead, scuffing a shot badly wide when one-on-one with the goalkeeper off Gundogan’s pass on the break.

As Germany pushed for another goal, it was North Macedonia who made the breakthrough.

Arijan Ademi squared the ball through Antonio Rudiger’s legs as Pandev drew away the German defenders, leaving space for Elmas to score past Marc-Andre ter Stegen. 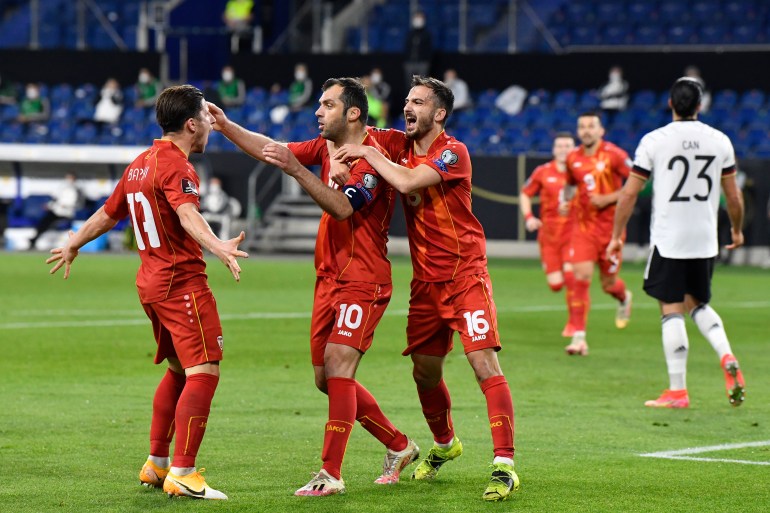 North Macedonia’s Goran Pandev, center, celebrates with his teammates Stefan Ristovski, left and Boban Nikolov after scoring his side’s first goal during the World Cup 2022 group J qualifying soccer match between Germany and North Macedonia in Duisburg, Germany [Martin Meissner/AP Photo]Germany had gone 35 games unbeaten in World Cup qualifying since a 5-1 loss to England in Munich in 2001, and had won its last 18 in a row.

North Macedonia have never played at a World Cup but will make their tournament debut at the European Championship this year after Pandev scored the winning goal in a playoff against Georgia in November.

It was the last qualifying game in the 15-year reign of Germany coach Joachim Low, who is stepping down after the European Championship in June and July.